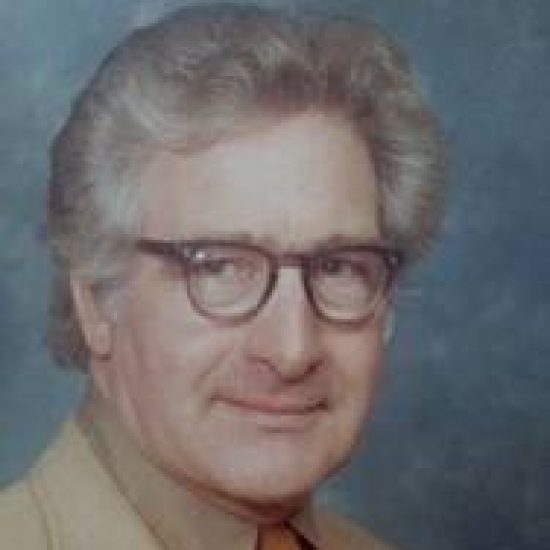 It is with great sadness that we announce the passing of Jack Stuart Cochrane Jr., on Friday, January 31, 2020, at the age of 94.
Jack was an evangelical pastor and a professor of English and linguistics at the Université de Sherbrooke. He was also a prolific author of French Bible study tools. He was an early adopter and pioneer of using computers to create reference works such as concordances and dictionaries of the Louis Segond version of the Bible with links to the original texts of the Greek New Testament and the Hebrew Old Testament. His works, which were published by Les Distributions Évangéliques du Québec, are known and used throughout the French-speaking world.

Jack was born in Philadelphia, Pennsylvania, and served in the American army during the Second World War. After the war, he studied at the University of Pennsylvania where he obtained a Bachelor of Architecture. After he married Joyce Schweitzer, he studied at the Dallas Theological Seminary where he obtained a Master’s Degree in Theology. In 1955, he came to Québec as a missionary, notably to teach at the Bethel Biblical Institute in Lennoxville, Québec. In 1956, with the help of several students from the Biblical Institute, he founded the Evangelical Baptist Church in Sherbrooke.

Jack Cochrane and Joyce Schweitzer were married for 69 years, immigrated to Canada together with their young family in 1955, and passed away within days of each other. They are survived by their six children: Linda Summers (Peter Barker), John Cochrane (Norma Tinkler), Norma Ray (Ross Collett), David Cochrane (Margo Watts), Carol Cochrane (Marc Bilodeau), and Daniel Cochrane (June Ellyson). They were proud grandparents of Peter Ray and Nicole Boyer, James and Kelly Cochrane, Abraham and Lou Bilodeau, Susannah and Robert Cochrane, and proud great-grandparents of Jaden and Alyssa Boyer, as well as Bennett and Ellie Ray. Joyce is survived by her sister Norma Ann Schweitzer Wood (Phillip Roth) of Gettysburg, Pennsylvania, and her brother John Frederick Schweitzer (Linda Schweitzer), of Albuquerque, New Mexico. She was predeceased by her sister Mary Irene Schweitzer Molzahn (Klaus Molzahn). Jack was predeceased by his brothers Gordon (Carolyn Cole) and Norman (Helen Bailey).
The family will receive the condolences at the Complexe Funéraire Steve L. Elkas at 4230, rue Bertrand-Fabi, Sherbrooke, QC J1N 1X6 from 2 p.m. to 4 p.m. and from 7 p.m. to 9 p.m. on Friday, March 6, 2020, as well as for an hour before the respective funeral services at the locations indicated below.

A memorial service for Jack will be held on Saturday, March 7, 2020, at 3 p.m. at the Église Évangélique Baptiste l’Eau vive situated at 240 Montreal Street, Sherbrooke, QC J1H 1E3. In lieu of flowers, please consider making a donation in his memory to the Jack Cochrane Foundation, which will be launched in his honor that day, or in his name to the charity of your choice. The address of the Foundation is Succ. Place de la Cité, P.O » Box 475, Sherbrooke, Canada, J1H 5J7. To donate electronically, see: www.fondationjackcochrane.org.

So very sorry for your loss, our deepest sympathies to the Cochrane family