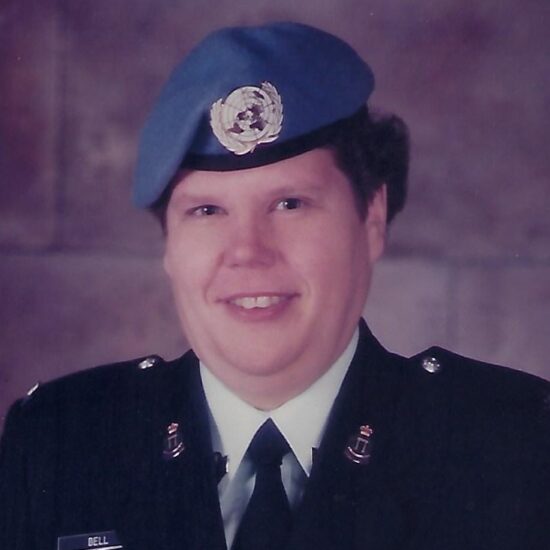 Carol Ann Bell passed away peacefully on September 21, 2020 at the CHUS Hotel Dieu Hospital in Sherbrooke, Quebec, at the age of 63.

Carol was formerly a Sergeant in the Sherbrooke Hussars and served in a United  Nations Peacekeeping tour in the former Yugoslavia  and other overseas postings.  Carol was a devoted daughter caring for her mother and her father for many years.  In recent years she was an active member of Église Saint Charles-Garnier in Sherbrooke.

Thank you to the staff at the Hotel Dieu Hospital and especially Dr. Sophie Plamondon for their excellent care and concern.  Also, a very special thank you to Carol’s devoted neighbours Françoise, Jeanne and Richard.

A private family memorial will be held at a later date. If desired, a donation may be made to a charity of your choice.

Funeral management and cremation were entrusted to: