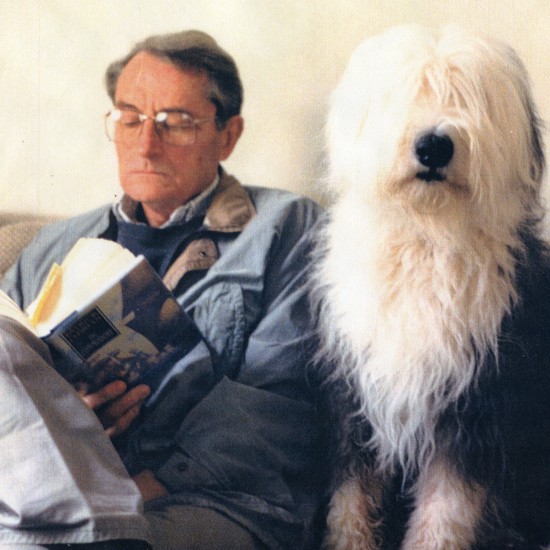 Andrew Henry Sheeran died peacefully at CHUS Fleurimont in Sherbrooke, Quebec, on Wednesday, September 7, 2022.
He was predeceased by wife Sheelagh (née Fitzimmons); parents Andrew and Simone (née Dufour) Sheeran; sister Monique; and brother Paul. He was brother to Valerie (of Surrey, England), and Louis, Paul, Fred, Peter, Maurice, and Isabelle (all of New South Wales, Australia) and beloved father to Marc (Bev), Stephen (Ruth), and Deirdre Sheeran.
He was grandfather to Jenny (Dave), Simon, Jonathan (Aly), and Eithne, and great-grandfather to Jonas and Maren; Christopher, Benjamin, and Sloane; Jack and Kate.
Andrew was born and raised in Dublin. As a young man, he was an accomplished violinist as well as a star athlete in both water polo and rugby. He went on to play for
the Palmerston Rugby Club and subsequently the London Irish Rugby Club in London, England.

Andrew immigrated to Canada in 1954, soon followed by his wife and two sons. There he pursued his insurance career working for the Phoenix Insurance Company in Montreal and then the Stanstead and Sherbrooke Insurance Company in Sherbrooke, Quebec. He undertook the necessary studies to become a Fellow of the Insurance Institute of Canada. In 1974 he switched to the aviation industry and was employed by the de Havilland Aircraft Company where he continued until 1997.
Andrew had a keen interest in world affairs and business. In earlier years he was secretary to the Sherbrooke Chapter of the Canadian Institute of International Affairs and hosted many international speakers. He would often entertain guest speakers at his home. These speakers, as well as an eclectic range of friends and acquaintances, allowed his children a greater perspective on the world in which we lived. As Insurance Manager at de Havilland during the development of the DASH series aircraft, he was responsible for risk management, insuring the Downsview production facilities, test flights, deliveries, and all liabilities associated with potential aircraft failures and accidents. All these responsibilities he carried out to the highest standards and with the utmost professionalism.
Andrew was a reserved man with a generous spirit and a great love for his wife and children. His keen mind and dry wit would challenge anyone who was conversing with him. He will be missed.
Following a private cremation ceremony, a Commemorative Event will be held at 10:00 a.m. on Saturday, October 1, at St. Mark’s Chapel in Lennoxville.

As a memorial Tribute, donations to the CHUS Foundation, 530, 10th Ave. South, Sherbrooke, QC, J1G 2R9 (www.fondationchus.org), would be appreciated.