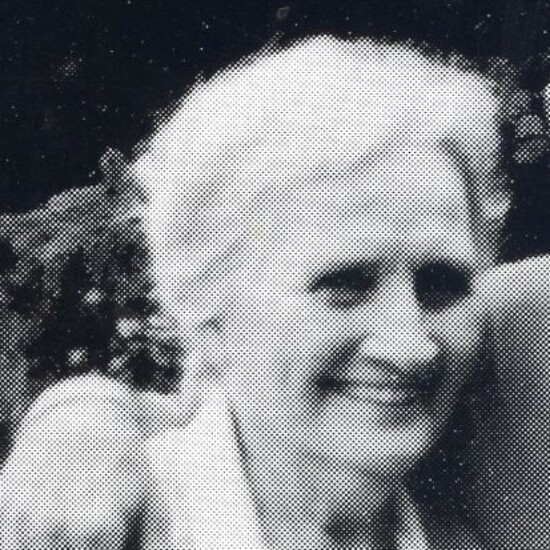 Passed away at the Grace Village, Sherbrooke, on Friday February 25, 2022 at the age of 96. Mrs.
Henderson was the daughter of the late William McElreavy and the late Catherine McGuire and the wife of the late Alfred Henderson.

As a memorial tribute, donations to a charity of your choice would be appreciated.

My deepest sympathies to the family

I began visiting Gertrude about 4 years ago, at Grace Village. We talked in length about her beloved family. She used to proudly tell me she had 44 grandchildren and great-grandchildren. I am sure it's grown since! She loved receiving visitors and always asked the person to come back soon. Her favorite hymn was "Count Your Blessings ", so I enjoyed us singing some of the lyrics together. She loved Lindor chocolate which I brought her most visits. She would, very slowly, open each of the 3 balls of chocolate and pop them one at a time, in her mouth, sucking ever so slowly, while I waited. She had a very strong faith in God and made up a poem-prayer that thanked Him for each of her children. Then she'd giggle, probably a bit shy and proud of her creation.
Rest in your Savior's arms. We'll meet again my friend!

May her soul rest in peace, we believe that God will accept her with open arms for all the good she has done while she was on this earth. Sincere condolences.

To all who loved Gertie

To all of the family: We are sending our sympathies, love and hugs. I remember Gertie and her kindness well, and hope that tomorrow as you gather and remember her that you will all be surrounded by so much love and whatever you might need in this heavy time.

With love, Kerri, Anthony, and Marlee

I recognize her smile, My sinceres condolences and sympathies to all of you

May your wonderful memories give you strength.

I will always remember her kind soul, her love for her family ,her warm smile.

She was full of grace, compassion, love and faith .

My sympathy to all family ,

To Bill and Kathy Gibson and family

We are so sorry for your loss , our sincere sympathies ❤️😜😜

To all the family

Our sincerest condolences to all the family on the passing of your dear mother.

Our deepest sympathies to all who loved her very much, especially to her children our dear cousins.

I didn't know her very much but what I did know She was a Very Nice Lady.

My condoleances and sinceres sympathies from and to all of us. She is in the rose garden with all His Love.

To all the family

You have our deepest sympathy on the passing of your Mom. Our thoughts are with you during this difficult time.

My deepest condolences to the family, and my dear friend Sissy, for the sadness and sorrow you are going through at the passing of your dear Mom. May your sorrow be lessened with the hope that Mom is in that place of no more pain, no more tears, and no more sorrow, and in Everlasting Peace.

so sorry for your loss

Gertie was a lovely lady.I am so sorry for your loss.She is at rest now.RIP.